Every week, we like to highlight some of the titles we’ve enjoyed on Game Pass, as part of our Spotlight series. If you read about it here, you should probably add it to your Game Pass queue!

Fast Action, fun weapons, upgrading, Dead Cells has it all. A Metroidvania like game, Dead Cells offers a great challenge for players. Your character starts off in a prison with small low tier weapons. As you move through the level taking out enemies you earn gold and orbs, which can be used to obtain new abilities like being able to heal more, blueprints for weapons and even new outfits. Beware though. If you die, even in a later level, you go back to the prison and you need to start over. Oh and the levels change every time you re-spawn, making it a fresh experience each time.

This is where Dead Cells differs. As you gain more abilities, the penalty of dying becomes less of an annoyance. For example, when you die you may be only able to take very little gold when you go back to the prison. However you can upgrade to allow 15,000 of your gold to come back with you. Assuming you had more than 15,000 gold on you at the time of your death.

While moving throughout the levels, you will find a range of different weapons and abilities. Weapons are divided into 3 tiers Brutality, Tactics and Survival. Each of these 3 tiers can be upgraded to provide better damage output and even new abilities. Brutality is mostly swords and melee weapons (even your feet). Tactics are range weapons like a bow and arrow or throwing knives. Survival is for shields. Some weapons are mixed between two tiers so you may have to choose which tier to upgrade. It is best to go into Dead Cells with a build in mind so you know what to upgrade. If you get to a later level and decide you want to use a shield instead of melee weapons and you only Brutality during the current play through, well you may not fair well against the tougher enemies.

You will find that moving through the levels you will be pick up weapons that deal bonus damage or provide special abilities such as spawning smaller monters from monsters tthat you previous killed.

About those monsters. Dead Cells has a wide range of monsters from easy to defeat, to small flying creatures to ones that stand twice your height. Variety in encounters is amazing in this game.

If you are looking for a challenge, love Metroidvanias or just want something fast pace, download this game on Game Pass for free! 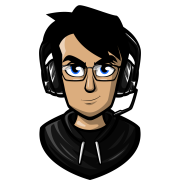