I honestly don’t know where to start with The Falconeer. There’s so much to say and so many things I want to get out of the way, so I guess I’ll start by getting things out of the way first. These are things that I feel are important to say up front, for a variety of reasons.

For starters…I never played Crimson Skies. I think the last game of this kind I played was Star Wars Rogue Leader on GameCube which was obviously a long long time ago. But even Crimson Skies, I bought it on Xbox One backwards compatibility and only really jumped in for about 10 minutes. So safe to say I’m coming into this with a fairly open mind a very few – if any, pre-conceived ideas on what to expect.

The other thing I need to stress about The Falconeer is to give it time and persevere. It’s very very easy to lose yourself just repeating side quests and going off track rather than progressing through the story. The first couple of chapters are almost like a really long tutorial/warm up for the meat of the game, which gets going from Chapter 3 onwards.

On a wing and prayer

The Falconeer is a legitimately good game. The fact that it was made by essentially one person is nothing short of astonishing. There’s a level of effort that many games with large teams often don’t put into their games, let alone a single person on their first big undertaking.

You have an open world, third person air combat game that runs at 1080/60 even on the ageing Xbox One hardware as well as supporting Smart Delivery and 1800/120 on Series X. Now if you watched our live stream with the developer Tomas Sala, you’ll remember he mentions that while it’s listed at 1800/120, it’s actually a bit higher for the most part.

There’s even a really intuitive photo mode from day one. One that allows you to change the time of day in real time and add bokeh blur all quickly and easily. It can produce some stunning results for those who are so inclined. Unfortunately I’m not sure my creative muscles are developed enough to really do this game the justice it deserves.

You also have some really nice quick in game options like removing the HUD to varying degrees with the simple press (or two) of the Xbox Menu button. The HUD is fairly light as is and is simply your life/stamina bar which cleverly incorporates a whole myriad of information like enemy locations, main waypoint, stealth gauge and friendly locations.

By HUD-less, I do mean completely HUD-less. Even on-screen prompts and guides don’t appear. It can then all come back with a third press of the menu button.

Ursee on the open sea

The open ocean world the game takes place in is The Ursee and within it are factions located throughout on small land formations which effectively are the “cities” of the world.

As a Falconeer, you’re basically a contractor for hire taking on missions or work which ultimately help towards keeping the peace and restoring balance. Anyone who knows me knows that story in games isn’t high on my list of priorities and even I could tell there’s a surprisingly deep(ish) lore and world building going on here and it really feels like there’s history in this world.

There’s baggage – stuff has gone down and it needs sorting. Which is partly where you fit in. Missions are mostly variants of escort, drop off, salvage and straight up attack and destroy. Some may potentially find it repetitive, but for me the fun of the gameplay, the joy of flying and the visual/audio combination was enough to ward off any feelings of repetitiveness.

When you begin the game, you choose from a particular class of Falconeer, each with a different setup or loadout if that’s the word you’d rather use. They also have different attributes such as HP, Agility, strength etc. There’s the Imperial Freelancer, Mercenary, Mancer Seeker and of course a straight up Falconeer. Each with their own little description that fits within the world of Ursee.

Each city comes with a set of NPCs that appear as talking heads a la Starfox that either deliver the story/information, main missions or side missions. Most also have a trader of some sort that allows you to stock up on ammo, upgrade your weapon, buy tonics to upgrade your falcon or buy permits to take on contracts in other locations.

But be warned, it’s fairly easy to initially not be 100% aware which NPC is giving the main missions for each chapter that allow you to progress and complete the chapter and the one(s) giving you side quests. I spent a long time in Chapter 1 before realising this. If you want to stick to the main missions, just keep going back to the NPC next to the first one giving you the lore explanations.

You also have a wingman on all your missions who is guided by you via the d-pad and will give you a chop out. They’re actually usually surprisingly useful and seem to strike a nice balance between doing absolutely nothing and making it way too easy for you.

Breath of the wild

I understand that that’s a pretty loaded subtitle, but there’s a lot about the Falconeer that reminds of the modern classic Zelda game. Honestly, both the good and the not so good.

It’s an open world game that effectively let’s you tackle things the way you want, it plays super smoothly, it has a gorgeous stylised art style and even tries to introduce some “realism” into the world and traversal.

Your falcon can be affected by the elements like updraughts and wind gusts. Leave your controller down while your falcon is flying and it will casually meander slightly off course only to slowly make it’s way back. It’s a nice little touch that adds an authenticity to the world.

But like Breath of the Wild, there’s also some curious choices that prevent you from enjoying the game even more than you already would. I’m in the camp that dislikes the breakable weapons, stamina and rain affecting traversal in the Switch title. They don’t stop me loving the game, but for me they just get in the way of everything else that’s so awesome.

I feel like there’s no genuine reason for those aspects to exist even if there were purposeful design reasons for them to. There are similar gripes from me with the Falconeer.

I understand that your bird having stamina is more realistic, but the act of flying around and performing acrobatics is so enjoyable, that the stamina limitations get in the way of it. It’s also an annoyance in the middle of an intense dogfight to suddenly use up all your stamina and then have to just….slow down and dive to regain it. I feel like not having the stamina limitation wouldn’t break anything or make it much easier either. It would just allow you to enjoy something great even more.

The stamina limit is also exacerbated on longer flights back to base after you complete a mission. There are times when you have a long flight back to end a mission and as there’s no fast travel at the end of missions (there sometimes is when a mission begins), it would be nice to have a way to simply speed that flight up.

Again, the act of simply flying around is enjoyable, but it would be nice to be able to speed that process up should you feel the desire to. It just comes across like a somewhat unnecessary barrier to more enjoyment.

It needs to be said how incredible the aural experience is in the Falconeer. If you have the facility to use headphones to play this game then I strongly urge you to do so. The audio is fantastic. From the ambient environmental sounds to the music which includes Mongolian throat singing to middle eastern infused battle songs.

I can’t stress enough how perfectly all the music blends in with this game. Everything fits and the music always sets the right mood for what is happening on screen. I know most people hate the Big Bang Theory and I’m sure Sheldon’s Mongolian throat singing makes up a small part of that, but never have I heard such a perfect place for that craft. It blends beautifully.

Having said all that, the voice acting is a little bit hit and miss. It ranges from perfect, to Christian Bale in the Dark Knight/Rises levels of comical. In most cases it’s not noticeable either way, which is probably the best way for it to be honestly.

Fly the not so friendly skies

The Falconeer is a must for fans of Crimson Skies or frankly, the air combat genre. While it sometimes may show the limitations of its indie roots, this isn’t enough to detract from what’s on offer. Even as someone who isn’t normally a fan of the genre, I found myself enjoying simply flying around getting to missions.

But the game and it’s developer don’t shy away from the fact that you’re not going to have your hand held. There’s a lot you need to figure out on your own and that’s by design.

As mentioned earlier, you can definitely lose hours just repeating side missions without even noticing and that’s not necessarily a bad thing. The core gameplay is a really enjoyable experience, even something to chill out and relax with. Flying across a vast ocean with a Mongolian throat singing soundtrack is a genuinely relaxing gaming experience.

But there is franchise potential here. There’s a spectacular sequel waiting in the wings with a small team assisting the incredibly talented Tomas Sala (of Moonpath to Elsweyr fame) and a budget to match the ambition on display.

But even as is, The Falconeer is something worth playing at the launch of the new generation. There’s around 12 hours or so of core story to work through but countless hours with side missions, especially if like me, you wind up losing yourself just flying around the gorgeous skies of Ursee.

Buy On the Xbox Store 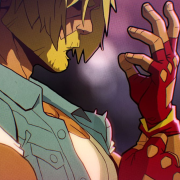