Martha is Dead is a relaxing, peaceful photography game, set in a picturesque Italian farmhouse, surrounded by a woodland with a lake and a small town a stone’s throw away.

The name may trigger Clark Kent in Batman v Superman, but it instead refers to a peculiar horror game, releasing on the 24th of February for most platforms, including Xbox.

Perhaps this won’t be so relaxing and peaceful after all?

It’s 1944, and the game takes place in the war-torn Italy. The game focuses on a family, whose lives are about to drastically change as the daughter – Martha – dies, as the title so subtly implies.

We take control of her twin sister, Giulia, whose journey of emotional traumas, breakdowns and attempts to find closure on this devastating tragedy are lived by the player, surrounded by the horrors and dramas of the world war itself and how it shaped Italian culture.

There’s a lot of shocking moments (more on that later) and a handful of narrative branches that impact the storyline, but much of the game actually happens from behind the perspective of a 1940s camera.

The player interacts with the world around them mainly via the art of photography. Over the course of the game, you are introduced to a camera with a timer (which also becomes an integral part of the gameplay at times), the ability to change film types with ISO values to suit various lighting conditions, as well as an Infra-Red film for night photography and colour filters.

These functions and upgrades are obtained as the story progresses, changing the gameplay a bit as it goes on, such as the higher ISO levels allowing for more light per exposure but also increased film grain. Aperture and exposure control can be used too, as well as manual focus, and it’s such a deep system that it’s possible to just use it as a photography simulator of sorts, taking beautiful pictures while ignoring the grim events around us.

This is the peaceful part of the game, and it’s easy to lose ourselves here already. The simplified yet still polished darkroom allows you to frame, focus and develop your pictures, giving you the full experience of film photography. While not a perfect recreation by any means, as someone who enjoys and understands the basics of photography, it is very delightful to see that the details of the craft have been very well recreated in the game.

Walking around and taking photos is essentially the gameplay loop. Mechanically, there’s not much more to it. You follow a set of objectives, with the game asking you to prioritize events and go out on your own pace to explore their mysteries, interacting with some items along the way.

Interestingly enough, this is a game without real fail states, and usually you can’t lock yourself out of a solution. It is not really a puzzle game either; it’s more about finding items and remembering locations and paths. Martha is Dead also has QTEs, such as one for loading the film in your camera for the first time, sending a telegraph or receive a Morse Code message. Funnily enough, the messages received are encoded too, and they have to be decoded with the provided Morse Code chart.

Not quite by design, but the game does present a handful of situations where the game itself fails the player. I encountered multiple parts where I could no longer move or events wouldn’t progress, which was fixed by saving and reloading the game – something that can be done freely, fortunately. These kind of glitches and other oddities detract from what is otherwise a beautifully realised world, one that begs to be photographed, with a mixture of lovely landscapes, be in in the daylight or the darkness. Looking back at these photos, there’s so many things I want to remember, but also plenty I want to forget.

Let’s talk loosely about plot, shall we? Without spoiling anything or diving into that disturbing scene that allegedly caused the game to be censored on Sony consoles, I ask people to understand that the game is assuredly brutal and shocking, but not just for the sake of shock value.

Sure, there’s a handful scenes that fell like “Twitch bait”, and a lot of the more disturbing scenes happen in the first part of the game – the one most likely going viral via streams. The main character and their family are, however, treated with respect, and the fact the title is set in a war-torn Italy is again handled with the right touch.

By the end of the story, it also becomes clear that the story and the narrator aren’t as reliable as I may have thought, making me question a lot of the things I witnessed. I don’t want to go into the plot in great detail because it’s a personal and deeply touching journey that should be experienced. There’s plenty of shocking physical and mental themes alike, and I hope the game won’t just be remembered as “that horror game with those gory scenes”, as there’s so much more underneath.

The game’s Italian origins aren’t just apparent in the game’s world, but also in the presentation itself, with the game presenting Italian as the default voice language, though English and German are also available for audio and several others for subtitles and text. While the English dub is competent, it’s the original Italian one that conveys the most emotions of the original cast, and for the most part, is the best way to enjoy the title, though there are a handful of scenes where the voices seemed a bit too cheery for the situation at hand. These are rare occurrences, and generally the high quality of the delivery helps elevate the story and convey it in a way that really did hit home for me.

Technically speaking, the game is a bit uneven, even considering its relatively humble indie origins. First of all, on PC the game supports Ray Tracing and DLSS, and on a 3070ti with 1920×1080 resolution on a 120hz display, the game requires DLSS for an acceptable performance with RT enabled. Even then, the game exhibited issues with frame rate stability with unexplainable and seemingly random framerate dives, with certain scenes dipping into the low 20s in FPS from over 80 with little rhyme nor reason. This on top of numerous graphical glitches such as woodland, grass, and poppies having a very distracting shimmer effect which again occurs at random shows the game struggling to keep itself together at times. We didn’t have the chance to test the Xbox One or Series X|S versions, but the optimization issues may be a little red flag for those versions as well.

To try and emulate that version as closely as possible, I did hook up an Xbox Elite Series 1 controller for my playthrough. The QTEs were clearly marked with Xbox button and stick prompts, and for the most part, were smooth and responsive, though some required longer holds of the input than indications suggested. Hotkeys for features like the map, camera and menu management were also present, making things easier and reducing the menu navigation by a lot. It’s a first person game, and as such, keyboard and mouse is probably the most fitting input method, but I’ve found the controller to work quite nicely as well.

Martha Is Dead is a title that fans of horror and the slow exploration (and creeping dread) that usually accompanies it – will appreciate. The theme of the game is challenging, but it’s also treated with respect and care, despite some early scenes suggesting otherwise. The core mystery is intriguing enough, and an impactful finale closes this 5-6 hours journey on a memorable note. A few technical hiccups hold it back, but if Italian developer LKA can iron out some of the shortcomings, Martha Is Dead is assuredly a game that will take you on a journey that won’t leave your thoughts any time soon. 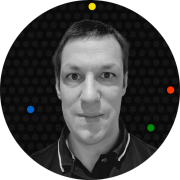