200 people. That was the size of Radical Entertainment, a Vancouver-based developer and part of the Activision family, at the height of their power.

6 people. That is the number of people from this original team remaining today.

Radical Entertainment’s history is one fraught with controversy, confusion and above all, truly fantastic games. From their formation in 1991 as an early developer of cross-gen ports to their unexpected success with groundbreaking licensed titles such as The Simpsons: Hit and Run and The Incredible Hulk: Ultimate Destruction, Radical’s history has been one of interest.

In 2005, they were acquired by Vivendi Games and quickly put to work on a certain Orange Marsupial. However, their tenure on Crash was controversial with fans, and Radical quickly found themselves pivoting in a big way.

Radical began work on Prototype, an open-world action-adventure superhero game evocative in some regards of Infamous and Crackdown, but still a different beast all of its own. Just prior to release, parent company Vivendi merged with Activision to form the conglomerate, Activision Blizzard, and the new parent company got Prototype out the door. It was a critical and commercial hit.

A sequel, Prototype 2, was quickly greenlit and received a similar level of critical and commercial success. However, halfway through development, in a cost-cutting measure, Activision Blizzard halved the development team and when Prototype 2 failed to live up to the company’s astronomical expectations, Radical itself suffered major layoffs.

With only 25 employees remaining, the bulk of the programmers, Radical was put to work assisting future Activision Blizzard projects. The first of these projects was the original Destiny. After working on the title, Radical seemingly went quiet, never to be heard from again. That is, until January 18th, 2022.

“Over many decades, the studios and teams that make up Activision Blizzard have earned vast wellsprings of joy and respect from billions of people all over the world. We are incredibly excited to have the chance to work with the amazing, talented, dedicated people across Activision Publishing, Blizzard Entertainment, Beenox, Demonware, Digital Legends, High Moon Studios, Infinity Ward, King, Major League Gaming, Radical Entertainment, Raven Software, Sledgehammer Games, Toys for Bob, Treyarch and every team across Activision Blizzard.”

In Phil Spencer’s announcement of the acquisition of Activision Blizzard, one name stood out for many. Quietly sandwiched between Major League Gaming and Raven Software sat one name: Radical Entertainment.

People were quick to jump on this, excitedly tweeting about the return of Radical, but in a surprising turn of events, they never really left, we just weren’t looking in the right places.

After having dug through the credits of several Activision titles, and having consulted the LinkedIn Profiles of several Radical employees, it turns out that the studio has lived on as the Vancouver branch of “Activision Central Technology”, a larger group with worldwide locations.

According to job listings, “Activision Central Technology (CT) is a group of engineers that collaborate with Activision studios to provide expertise in tools, graphics, systems engineering, and optimization.” Hires have been made as recently as 2021 to the branch.

The exact number of employees in the Vancouver branch is unknown (LinkedIn estimates 21, reality appears closer to 25+) but one fact remains: the Radical Entertainment listed in the Xbox Wire post is not the Radical we know and love.

Their work since Destiny has consisted almost exclusively of contributing to Call of Duty mainline entries, with some work on Tony Hawks Pro Skater 1 & 2 and Skylanders. However, that is not to say that Radical is gone for good.

With this acquisition, Microsoft will own the rights to the Radical IP, the office space, and the contracts of the remaining employees. If there is widespread support, there is a chance the Radical we know and love will return, stronger than ever.

It’s not unprecedented. Free Radical Design (no relation), Factor 5 and Terminal Reality, 3 studios that shuttered most of their operations at a similar time to Radical, have emerged from the ashes like a Phoenix.

Only time will tell if Radical will meet the same fate. In the interim, you might wanna still keep your fingers crossed on a Prototype 3 – it’s not a done deal yet. 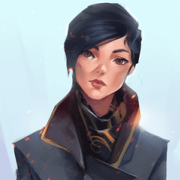 Hogwarts Legacy and the Transgender Community

The 10 Most Exciting Xbox Studios

XboxEra 2022 Wrap | A Letter from the Editor