When Phil Spencer announced that Xbox 360 backwards compatibility would be coming to Xbox One in 2015, the gaming community rejoiced. The opportunity to replay our favorite games and re-visit classic titles was a welcome one. The program initially launched with a bit more than one-hundred titles with the promise of more games being added over time, but as more time passed, the program felt like it was missing something.

It was missing my favorite game.

Max Payne 3 was finally announced for backwards compatibility during the Xbox 20th Anniversary Celebration, just over 6 years after the program initially launched. Not a moment too soon, as Xbox PR confirmed that the three-quel, along with 75 other games, would be the final batch of titles made playable through the program. Needless to say, I was stoked. I haven’t played the game in almost a decade, and I wanted to see if it still grabbed me like it did when it first released. What a perfect opportunity to take a look back at one of the best third-person shooters ever made.

To describe Max Payne 3 as a third-person cover shooter would be underselling the game quite a bit. Yes, the game has all the hallmarks of the aforementioned genre: over-the shoulder camera angles, waist high objects and walls for protection, and shooting (a lot). All of these elements come together in beautiful tandem with responsive controls, satisfying gunplay, and the game’s signature mechanic: bullet time.

Bullet Time is the game’s true cover mechanic. If you’re hiding behind every corner and taking whack-a-mole pot shots, you’re doing it wrong. The “proper” way is good, old-fashioned running & gunning. Strafing left and right between cover while activating bullet time and landing head shots is the way this game was meant to be played.

The game also has its share of cinematic set-pieces. Each level has at least one scripted action sequence when bullet time activates and you’re in full-blown action movie mode. These sections are effective because they never out-stay their welcome, and are quick to give you back full control. The game is at it’s best when it’s just you versus a room full of enemies. Running, strafing, and diving through the air while exchanging volleys of gunfire with the bad guys is always thrilling.

In recent years, Rockstar Games has shown a penchant for paying excruciating attention to detail, specifically in the animation department. Grand Theft Auto 5 and Red Dead Redemption 2 often feel sluggish or unresponsive when moving your character around the world. “Walk, Don’t Run” or “Stop and smell the roses” seems to be the mantra for their open-world oddyseys.

No such issue in Max Payne 3. Rockstar had perfected the balance between responsiveness and realism before the aforementioned titles ever released. Let me explain.

Max moves at 2 speeds, jogging and, well, slightly faster jogging. He’s always moving with a sense of urgency. Considering his circumstances and the gameplay loop, this makes sense.

No matter which way Max’s body is facing, the camera and Max’s weapons are always facing the same direction. If you’re moving the camera, you’re moving your gun. Max will adjust his torso and shift his body weight accordingly. If Max is using a one-handed weapon, he will extend his right arm if strafing left or right, or shoot over his left shoulder when the left control stick is pulled back. When dual-wielding one-handed weapons or using a two-handed weapon, Max will walk backwards when pulling the left stick.

Here’s the best part. After shoot-dodging, Max will land on the floor on whichever side of his body he was jumping towards. While laying on the ground, the player can then rotate the gun in any direction, and Max will change his positioning to adjust accordingly.

Max’s movements always look realistic, but more importantly, they always feel responsive. Realism never comes at the cost of fun. Rockstar’s RAGE engine is doing the heavy lifting here, and it’s wonderfully utilized. Enemies and environments react to every bullet. Flying glass, wood, concrete, and blood paint each firefight with a fresh coating of chaos. One level in particular throws you right into the beautiful action as Max makes a defensive stand against a group of heavily-armed mercenaries in an office.

It annoys me that the responsive controls were seemingly abandoned for GTA V and Red Dead Redemption 2, which are a chore to play in comparison. If you’re looking for a more modern game that has come close to nailing the gameplay loop like Max Payne 3 has, check out Control, made by the original Max Payne stewards, Remedy Entertainment.

“Here I was again, halfway down the world”

Max Payne 3 is a playable action movie. Think Die Hard With A Vengeance meets Man on Fire, but the story is probably the weakest part of the game. It’s interesting enough to keep your attention but it doesn’t quite pay off. Gone are the graphic novel slide shows from the first 2 games. They are replaced with (frequent) cut-scenes that are mostly unskippable because they are masking load times. If you’re playing on the Series consoles, you can skip some of them, thanks to the power of the SSD. The voice-acting elevates the narrative a bit. Max no longer waxes poetic with bleak metaphors like in his previous noir entries, but he’s still very much a cynical, defeated man.

Max is a disgraced ex-cop with an addiction to painkillers and alcohol. As far as genre tropes go, Max runs the gamut. No longer an NYPD detective, he moves to Sao Paolo, Brazil to work private security for the Branco brothers, a family that has their hands in big business, politics, and less-than-ethical endeavors. Things go wrong, as they so often do, when one of the brother’s wives is kidnapped by a local gang. It’s up to Max to get her back, but it’s not that simple, because it’s never that simple for Max. The situations and people are not what they seem, of course.

There is redemption to be had for Max. Redemption for the sins and failures of his previous adventures, but it will come at a cost of gallons of red and many dead. Max is a piss-poor bodyguard. He’d be the first to admit it. Failure is a central theme of the story, and Max fails. A lot. Even after his near-death “wake-up call” and starting his path for redemption, Max still falls victim to his own shortcomings. It’s refreshing to see a video game protagonist struggle so consistently with his job. Any victories achieved are often fleeting.

Players are treated with diverse locales in each of the game’s missions. No two levels look the same, and each are packed with plenty of detail. To call on a well-worn game review cliché, Max’s world looks thoroughly lived in and gorgeously realized.

“One card left to play”

I encourage you to play Max Payne 3 immediately. Take a glimpse back at a short time when Rockstar made games that were focused on gameplay first. The game has its priorities straight. Gameplay, graphics, and story, in this particular order. This game gives you all the tools to be an action hero. Do so accordingly. 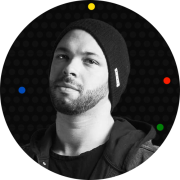