The original Psychonauts was the first game released by Tim Schafer and the creative studio that is Double Fine Productions. The game was originally funded by Xbox, but ultimately Microsoft gave up the publishing rights because of various development issues.

Now, 16 years later, the story of the Psychonauts finally continues, and with Double Fine being an Xbox first-party studio as of 2019, Psychonauts 2 has this time made it to release with the full backing and support from the Xbox organisation. This shows in every regard — and results in what is the best game created by the studio thus far.

Psychonauts 2 takes place just 3 days after the original game. If you haven’t played the first game, fear not. The game will start with a nice comic book animation, recapping the story of the previous two titles; Psychonauts as well as the VR experience Psychonauts in the Rhombus of Ruin.

You play as Razputin Aquato — in short, Raz — who finally fulfills his dream of visiting the Psychonauts headquarters, quickly realizing that there are several strange things happening within the organization. You’ll absolutely understand the story of the game without playing the previous titles, though there are some nice references for fans of the series hidden throughout.

I don’t want to mention too much about the story, but I will say that the game features many more cinematic moments than your typical platforming adventure, with tons of lovely cutscenes and hand-crafted animations throughout the entire experience. It’s not a big deal, but especially during boss fights, the game took away the control from me a bit too fast, too often, playing the next cutscene.

Psychonauts 2 mixes humour and intrigue, and connects the colourful, creative world of the Psychonauts with a serious theme that is mental health, and even surprises with unexpected twists as the game progresses. The story of Raz and his mission is told wonderfully, and it’s no surprise that one of the key highlights of the game is the writing, given this has been a strength in past titles by Double Fine already. The humor is on-point, the motivations of all the individual characters are reasoned and understandable. You will always want to continue the game because you want to know how the story unfolds.

Double Fine’s latest adventure is a meaty package. By the time I finished the main story I‘d spent almost 20 hours with the game while also taking my time to patiently explore the world — and I’m not done yet. Psychonauts 2 is a platforming game with loads of collectibles and a lot of cinematic storytelling at its core.

The game goes steps beyond that though, featuring many additional gameplay systems like leveling up your character (basically mirrors your collectibles completion progress), upgrading your power abilities, unique boss fights, a surprisingly fun combat system, varied foes, selected side missions, and dialogue options allowing you to dive deeper into the story, as well as multiple smaller but unique gameplay moments which elevate the game to a multi-genre ride. You can also get the Otto-Shot item in the game to unlock a photo mode including unlockable filters.

Everything Psychonauts 2 does, it does well.

There are some mini-game moments that felt slightly frustrating to control. The stuff you do the majority of the time though — that is platforming and combat — work really well. The advanced movement set of Raz in combination with his 9 upgradable power abilities throughout the game results in a fun and challenging jump and run experience, with fresh ideas being thrown at you the further you progress through the story.

The virtual shadow spot beneath your character mid-air — to give you an idea where you’ll land — could be a bit more obvious. Combat feels smooth, the encounters are fun and there is a good variety. It’s not a deep combat system, but I think the more simplistic combat style is a great fit here. You’ll dodge enemy attacks, different foes have different weaknesses and mechanics – and to combat them, you’ll use a combination of melee attacks and PSI powers.

Foes are designed around mental metaphors and how it affects a person – and the game mechanics are directly paired with that. As an example, when the person’s brain you are in gets a panic attack for whatever story-related reason, the enemy that will appear is a “Panic Attack“ encounter that is fast and hits hard. As with everything in Psychonauts 2, enemies are animated beautifully, which makes the encounters feel alive. The camera is a common problem in these types of games, so it’s worth mentioning that I did not experience any issues with the camera here.

One core gameplay system is called Mental Connection. You connect a variation of written brain ideas like anger, delight, or death with grapple-hook-like movements and can cause psychological effects by doing so. You basically control the thoughts of the brain you are currently in by connecting words in a puzzle-like gameplay scenario.

There were moments I loved the creative gameplay scenarios these sections resulted in, but there also were moments in which I didn’t really understand what the game wanted me to achieve, causing slight frustration. Ultimately creative voice-over will guide you to the combination the game expects you to connect. Excellent dialogue writing even when connecting wrong thoughts still make these sections interesting in any case.

The world in Psychonauts 2 is filled to the brim with collectibles. There are tons of things to find, everywhere. In fact, there are so many items to collect, in the beginning of the game I almost felt a bit overwhelmed by the sheer volume of them. Ultimately though, you’ll get a better understanding of all the gameplay systems that give all the different types of collectibles as the game introduces you to the different mechanics. Every environment offers a UI with which you can see all the items to be found in a world.

There are obvious collectibles to find, some require you to solve light puzzles, some are well hidden, some can be found with sound clues and many will put your platforming skills to the test. The collectibles themselves are designed beautifully, with varied animations and unique visual effects. There is a great sense of progression as you find more and more collectibles to vertically upgrade your abilities, boost your health bar, customize visual effects or acquire other upgrades for Raz.

You can also acquire Pins, which may augment your abilities in completely different ways and change how a power works. It feels rewarding to discover the world beyond just getting to that 100% completion. From a visual standpoint, all the collectibles stand out well enough from the game world, although there were rare instances in which some items were hard to see, blending too much with the environment. Out of the box, Psychonauts 2 has a post-game state where you can replay every brain level and continue to explore the world, try to get to the maximum rank of 102.

From a technical point of view, Psychonauts 2 feels like a very competent and polished product. During my entire playthrough, I did not experience any crashes nor any relevant bugs. Running on Unreal Engine, the game features a very crisp image quality, tons of beautifully hand-crafted animations both in-game and in cutscenes, destructive props everywhere, and great lighting conditions supported by colourful worlds. Loading times are fast, only taking 3 – 5 seconds at maximum when traveling between them.

The one issue I did encounter with the tech side of the game is the Unreal Engine typical delay in loading textures, with them appearing a second too slowly when a cutscene starts. It shouldn’t be too noticeable for most though and was limited to some rare occasions. At the time of writing this review, the game already works flawlessly with Quick Resume on Xbox Series X|S out of the gate. HDR support looks great and results in all the colours to pop even more, although options to adjust the HDR brightness, white point or contrast are missing.

The soundtrack of Psychonauts 2 is gorgeous, providing all the individual brains a unique auditive identity. Solid and distinct sound effects for footsteps on a variety of surfaces, PSI powers and so much more round off the technically impressive overall package.

I experienced most of the game on Xbox Series X running in its 1440P/120FPS mode, and you can alternatively choose the slightly crisper 4K/60FPS mode. From my observation, the only aspect that differentiates the two modes is the higher resolution. Both modes feel smooth, but once you’ve played Psychonauts 2 in 120FPS, you likely can’t go back anymore, with the whole platforming and combat experiences elevated to a smoothness level I’ve not experienced in a console platforming game yet. The tech team at Double Fine did a fantastic job with the core technical aspects of the game, and the result is a super smooth and beautiful experience. There is something to the animation of Raz in particular that just feels right. You can tell a lot of work went into making sure the whole movement set of Raz feels believable and alive with proper weight and responsiveness, which makes jumping and moving satisfying; combat smooth and predictable.

The real highlight of the visuals in Psychonauts 2 is not the core engine work though, but more so the art style created by Art Director Lisette Titre-Montgomery and her team. Every location — “brain“ — has a very unique and believable look attached to it. No two brains look the same, you get a great sense of that from the more than a dozen environments you’ll explore. The environments are memorable, and the unique Double Fine art style is the reason for that. As a result, Psychonauts 2 is a creative, colourful visual showpiece with a diverse set of characters that impresses – especially on Xbox Series X|S and high-end PCs.

The amount of accessibility features Double Fine implemented deserve a separate mention. A lot of effort went into clever options so more people can enjoy the game. The feature set is exemplary for accessibility options and I hope more Xbox Game Studios can follow this route in the future.

Combat adjustment tools, full button remapping, larger subtitles, colorblind modes, many control, and camera options, and even gameplay-changing assists like invincibility without blocking the ability to unlock achievements add up to a great package, allowing more people to enjoy the game, their way. It is all the more regrettable that the localization selection cannot keep up with the other accessibility options in the game. At launch only English voice-over with optional French, Italian, German, Spanish & Brazilian Portuguese subtitles are available. I totally understand that Covid still affects these kinds of things, but for an Xbox first-party title, I simply still have to ask them to do better in this area, even if just in the subtitle category. The selection right now is too limited. On the bright side, the English voiceovers that are there are produced very well and create a believable cast of unique characters.

Psychonauts 2 shines by delivering an absurd amount of creativity to the player. The story is filled with heart. The gameplay is smooth and fun. The character cast and the environments show incredible diversity throughout the entire experience. The next brain you’ll visit will always be more even more creative than the last, and  the game does all that while also being absolutely gorgeous to look at.

Psychonauts 2 is the best game Double Fine has ever created and the best release by Xbox first-party in many years. 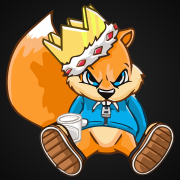