Ahoy, mates! Arrrrrrre you ready to embark on a journey full of treasures and adventures? Okay, now that the obligatory pirate tropes are out of the way, let’s talk business: King of Seas is an open-ended ship-based action-RPG by Italian studio 3DClouds, and it came out these days for Xbox One and Xbox Series X|S through backwards compatibility. With Sea of Thieves breaking records left and right, can another pirate-themed game bloom on the platform?

The short answer is: absolutely, because aside from the stereotypical imagery of the 18th century Carribean pirates, it shares very little with Rare’s behemoth multiplayer experience. For starters, King of Seas is a top-down action-RPG, and players don’t control a character made out flesh and bone, but a whole ship. Dialogues, trades and such all happen in menus, UI elements and such, with the player only effectively ever moving the ship around, with all limitations and difficulties this implies. While the gameplay model is definitely arcade in style, the player still has to manage the speed and rotation based on a relatively faithful physics model, taking momentum into account when manouvering.

This approach applies to the naval combat as well, with players initially only having cannons mounted on the left and right sides of the ship. Shots have to be timed carefully, as cannon balls take some time to reach the target and their reloading time is pretty high. Fortunately, it doesn’t take long to get a more varied arsenal, as an RPG upgrade model allows players to unlock 20 or so extra skills, ranging from offensive to defensive types. Perhaps my favourite one to use is the one that allows the player to shoot fire at other ships from short range, rendering battles less of a circling each other’s ships but more direct in approach. Even the looks of the ship are highly customizeable fortunately, offering players a range of styles to express their tastes.

Ships can and need to be repaired from damage from time to time, as hits taken can severely impact the mobility and offensive capabilities as well. Of course, not every event involves battling ships: side activities include trading with ships and ports for precious cargo and materials, hunting down treasures following cryptic maps, or even finding unique events like the appearance of the legendary Kraken! So yes, in actuality, some elements are definitely shared with Sea of Thieves, but it’s more a case of taking inspiration from the stereotypical elements of the pirate media than straight-up copying from Rare’s notebook.

Events play out on a vast open sea, featuring isles, rock formations and ports in every direction. The world is also procedurally generated, making different playthroughs that much different, although the effective variety of elements used for the world isn’t that high, thus the gameplay loop isn’t drastically altered by the different seeds. The story is surprisingly meaty for a title of this caliber, too, with definitely at least a dozen hours needed to get through most of the main activites.

Right, the story! King of Seas is played entirely in single player mode, and while developers juggled with the idea of some multiplayer addition, this is currently not found the game or confirmed to be coming at any point, be that in a patch or a sequel. At the start of our journey, players can select between a male and a female character, which determines whether they’re the son or daughter of the King. No, no pirate or criminal background, but drama soon unfolds: someone kills our royal dad, and to put salt in the wound, frames it on us. Getting executed or a life in prison doesn’t sound exciting, so the player is effectively forced to escape and join the outlaws to slowly find the truth and clear their name. It’s basically the premise of the movie The Fugitive, but with pirate ships!

The game may not be a looker technically speaking, not that it’s a fair expectation from an ID@Xbox title by a small studio, but it has its strengths: mainly, the day/night cycle with changing weather, the polished waves and the gorgeous lightning that casts shadows of ships over the moving water in a believeable fashion. Models and landscapes are cartoony and not particularly detailed, but they get the job done, albeit at a relatively low resolution due to a lack of upgrades for 4K-capable consoles such as the Xbox One X and Xbox Series X|S. Likewise, characters are merely represented as goofy 2D caricatures during the text-based dialogues, with no animation whatsoever on their part.

With trading, fishing and treasure hunt activites to boot, there’s plenty to do in these seas, but the effective variety of said events is really not that high. Most side missions are more or less straight-forward fetch quests, with the usual “unexpected” arrival of enemy ships to take care of or a hidden treasure to find at a far away location. The main element of the game is the story and the subsequent travels and battles, the rest serves as pleasant but unimpressive filler for the most part. Indeed, despite the ship upgrades and various difficulties and ship sizes to choose from, the gameplay can definitely get a bit monotonous a couple hours before the ending.

But ultimately, King of Seas succeeds in most of its goals. It offers an enjoyable top-down pirate ship experience, with an engaging battle system, pleasant worlds, an interesting RPG skilltree and a pleasant story. On paper, it doesn’t do anything innovative or new, and yet the end result is an original and fun experience with a clear identity, one that we hope the developers can expand upon with updates or a sequel. 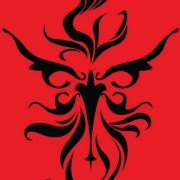