Xbox is releasing today its largest drop of games featuring FPS to date, adding support to 74 new games and bringing the total titles boosted to 97 – many of which are part of the Game Pass catalogue.

FPS Boost is a feature introduced by Xbox back in February that is capable of doubling the original framerate on select titles on the new-gen consoles.

In some instances, because there are higher graphics requirements to enable the FPS Boost technology, a game’s resolution is reduced to ensure it both runs smoothly and plays great. In those select cases, FPS Boost is not automatically enabled for Xbox Series X users, but can easily be turned on under the Compatibility Options in the Manage game and add-ons setting.

Check out below a full list of the 97 games that currently support FPS Boost: 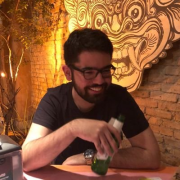