The annual Black Friday Sale has officially started and Microsoft have revelead all of this years deals. Lets start with a good deal for those lucky enough to get their hands on a shiny new Xbox Series X|S and are new to the Xbox ecosystem.

From November 22 through November 30 you can pick up a 3-month Xbox Game Pass Ultimate subscription with a 40% discount at participating retailers.

From November 19 through December 3 you can shop over 700 digital games with discounts up to 85%.

Prefer physical games? There are plenty of deals available for you as well. You can already see several retailers starting their Black Friday promotions early and there are bound to come more deals in the coming week. Check out your local retailer like Best Buy, Target, Gamestop, GAME for all of this years prices.

Looking for extra controllers to play with you friends on Xbox One or on your new Series X|S console?

Available from November 22 through November 30 over on the Microsoft Store you can grab a shiny new controller with a $20 (or local equivalent) discount!

This includes the newly released Carbon Black, Robot White and Shock Blue controllers. And don’t forget; all Xbox One controllers are compatible with Xbox Series X|S.

For more information on all of the deals check out the Xbox Wire Blogpost and the Official Xbox Website. 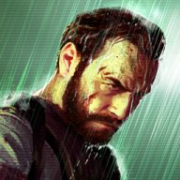