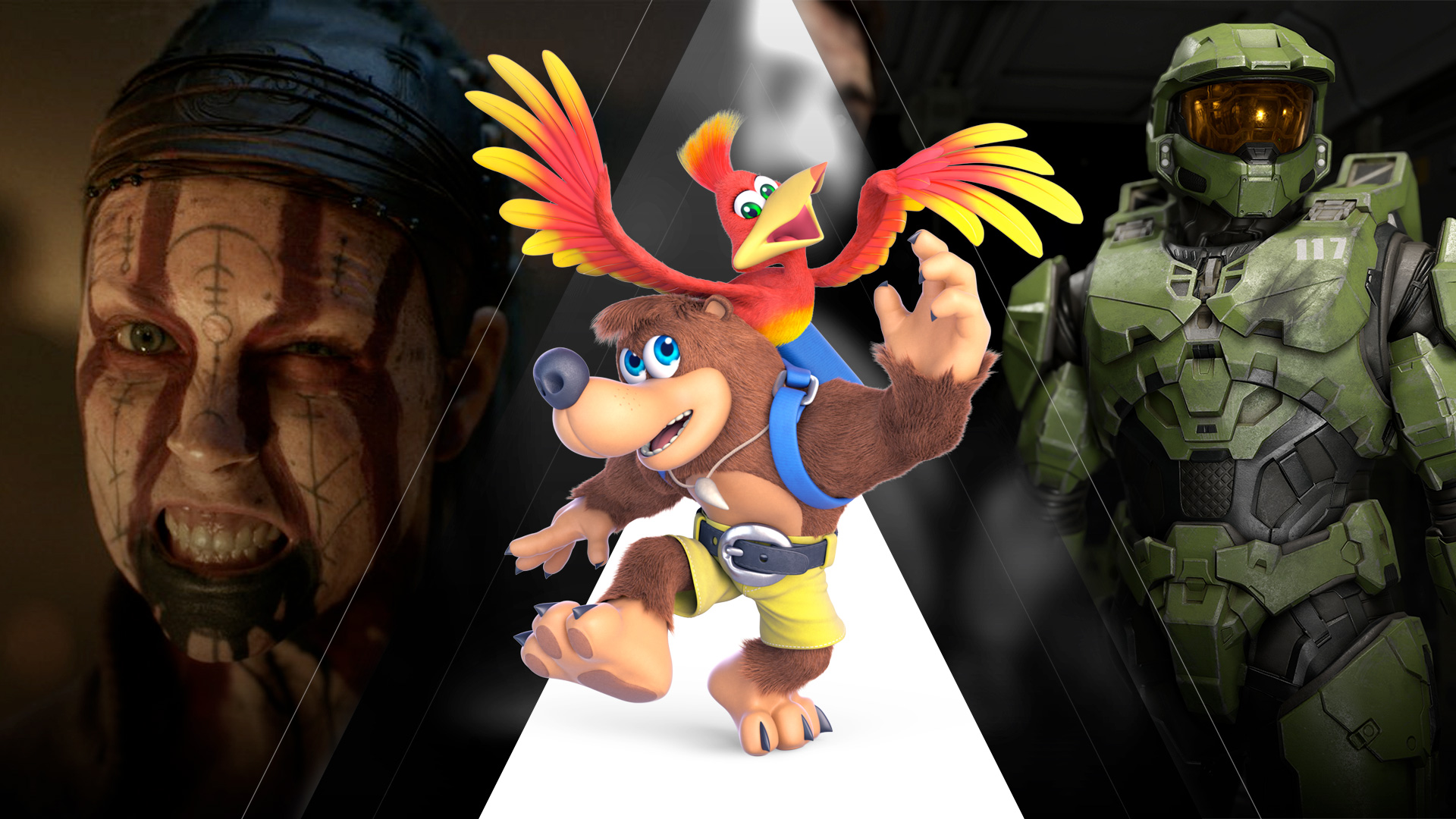 On July 23rd, Xbox will finally show what their teams have been working on for the last few years. This is an exciting time to be an Xbox gamer, and the future of the Xbox platform looks bright. Until we get to the 23rd, we can only speculate on what will be shown. This is Microsoft’s chance to finally blow everyone away and the gaming world will be watching. While we won’t be able to predict everything, we have a decent idea on a few of the things that we expect to be there.

343 will show a LENGTHY gameplay demonstration of Halo: Infinite and steal the show.

This prediction is by far the easiest one to make. Halo: Infinite will definitely be at the July event, and will likely have the largest amount of time dedicated to it. Infinite is arguably the most important game in the history of Xbox, and it will be a key factor in setting the tone of Xbox’s first party output throughout the generation.

We believe that Infinite will be the crown jewel of the show and will turn heads across the industry. While we don’t know exactly what the game is yet, we have ideas that it will be the most ambitious Halo to date and reintroduce Halo as one of THE premier franchises in gaming. We expect a lengthy gameplay demonstration that shows off exactly what makes Infinite unique, as well as highlighting the advantages the Series X version of the game will bring. While the single-player campaign is important, we know we’re not alone in looking for more on multiplayer, and a beta announcement would be fantastic.

There should be at least one or two “mic drop” type moments for Infinite in terms of features for the game. 343 has been working on this game for 5 years, making it the longest development cycle ever for a Halo game. They have been working on Halo for a decade now, and that decade featured a mix bag of games to say the least. This is their big moment to finally prove that they deserve to make the premier Xbox IP. They have A LOT to talk about, and that starts in July. We’re ready.

PlayGround has been rumored to be making a new entry in the Fable series for more than two years now. PlayGround is best known for their world class racing games Forza Horizon, but over the past few years they have been building a second team that has only been known as the RPG team. We believe in July the curtains will be drawn and a complete reboot of the Fable series will be shown. It will not be a sequel to Fable 3, and may not even have direct lineage to the original three games.

Recently, a twitter account @fable was discovered, and it was recently made. Other accounts such as one for Perfect Dark were discovered, but that one turned out to be fan made. Industry insiders seem to agree that the fable account is much more legitimate, however.

Fable might be the worst kept secret surrounding Xbox right now, other than Lockhart. It would be legitimately shocking at this point if PlayGround were not making Fable. This is a chance for the team at PlayGround to make their own version of Fable. It’s hard to say exactly what that is, but PlayGround has such a high pedigree that we are excited for whatever they show.

The Initiative will show what game they are making, it might NOT be Perfect Dark

Perfect Dark has also been long rumored and we believe that Xbox’s built-from-scratch mega talented studio will make an exciting game, and it has a chance to be Perfect Dark. The last original Perfect Dark game was in 2005, and it might as well be a brand new franchise for this generation of gamers. There have been rumors for a while now that the Initiative was making a new entry in the series. We still believe that it is possible, but it’s also possible the information is being skewed slightly.

The whispers have started to grow louder surrounding The Initiative’s game, and now there is some doubt whether or not they will be making the game we think they’re making. What seemed like a sure fire bet a few months ago now seems like a 50/50 bet at best. We believe we are only a few weeks away from finding out, so for now go into the July event with an open mind.

A new Forza Motorsport will be announced but will be more of an ongoing title/GAAS than a sequel.

Xbox has not had a new Forza Motorsport since 2017 and with the launch of the Series X later this year, it would be a perfect time to make a new entry into the beloved racing series. We do not believe that the new Forza will just be another sequel, but rather a reboot or rebranding of the series. Instead of being Forza 8, it may just be Forza Motorsport and become a live service or Game As A Service title. It is possible that the new entry might just become a platform that is updated and expanded for years to come and follow the trend set by Fortnite and other living games.

Xbox is really into live service games these days, just look at Sea of Thieves as the prime example. Forza has the platform and the brand awareness to become a successful live game, and we believe that is where the series is heading.

Ninja Theory will show an in engine gameplay demonstration of Hellblade

Hellblade 2 is still pretty early on in development, and we do not expect to see a heavy dose of actual gameplay. However, there is a chance that we get to see in game footage to prove to the doubters that yes, the game DOES look that good.

Ninja Theory is one of the best developers in the world and they proved to be wizards by developing the original Hellblade with only a couple dozen people. Hellblade 2 will be a stunning game and as a next gen exclusive, it will fully take advantage of the power of the Series X and Lockhart.

Obsidian is now an Xbox First Party Studio and following the success of The Outer Worlds, RPG fans are waiting to see what they’ll be making next besides the fun and quirky Grounded. Well, they won’t have to wait long. We’ve heard that Obsidian themselves will be showing their next ‘big’ RPG in July and we can’t wait to see what they’ve got in store for us.

Three is a party

We don’t expect there to just be 1st Party games at the Xbox Showcase – you can expect some 3rd parties here too. Perhaps Assassins Creed Valhalla will get another outing with actual gameplay this time as opposed to what we got in May.

Outside of that, we may also see some exclusive Indie titles coming to the platform for launch, and presumably, to Game Pass.

While a lot of the industry insiders out there feel that we won’t see hide nor hair of Lockhart until August, when prices are announced – we disagree. Sony’s reveal of the Digital PS5 definitely turned some heads, and we expect Microsoft to go a similar route and ‘surprise’ consumers by revealing Lockhart, in much the same way Sony revealed their digital SKU.

We expect minor technical details with a promise of next-gen gaming at 1080/1440p, with some encouragement to find out more following the show and with the full details and most importantly, a price – to be shared in August.

Everwild was revealed last year at X019 and was a genuine surprise, while looking gorgeous to boot. Hot off the heels of the outrageous success of Sea of Thieves, are Rare looking to repeat the trick with another shared world adventure game, or is this something all together new and different?

We believe it’ll be time to see what the game actually is come the July showcase, with Rare showing more of this beautiful world for the first time since the reveal.

Long before media pundits leaked the original plans for launch as being August/September for Series X, we’d already suggested we were hearing September. Now COVID has put a dent in those plans, so we think if September is out, then October is on the cards. One thing we do think is that Microsoft will do everything it can to launch first.

It’s a predictions article, we’re allowed to be wrong! But seriously, look at how well Spyro and Crash did for Activision. It’s time for Microsoft to lean in to fan nostalgia and give something back.

0 comments on “Predictions: What will Xbox show off in July?”