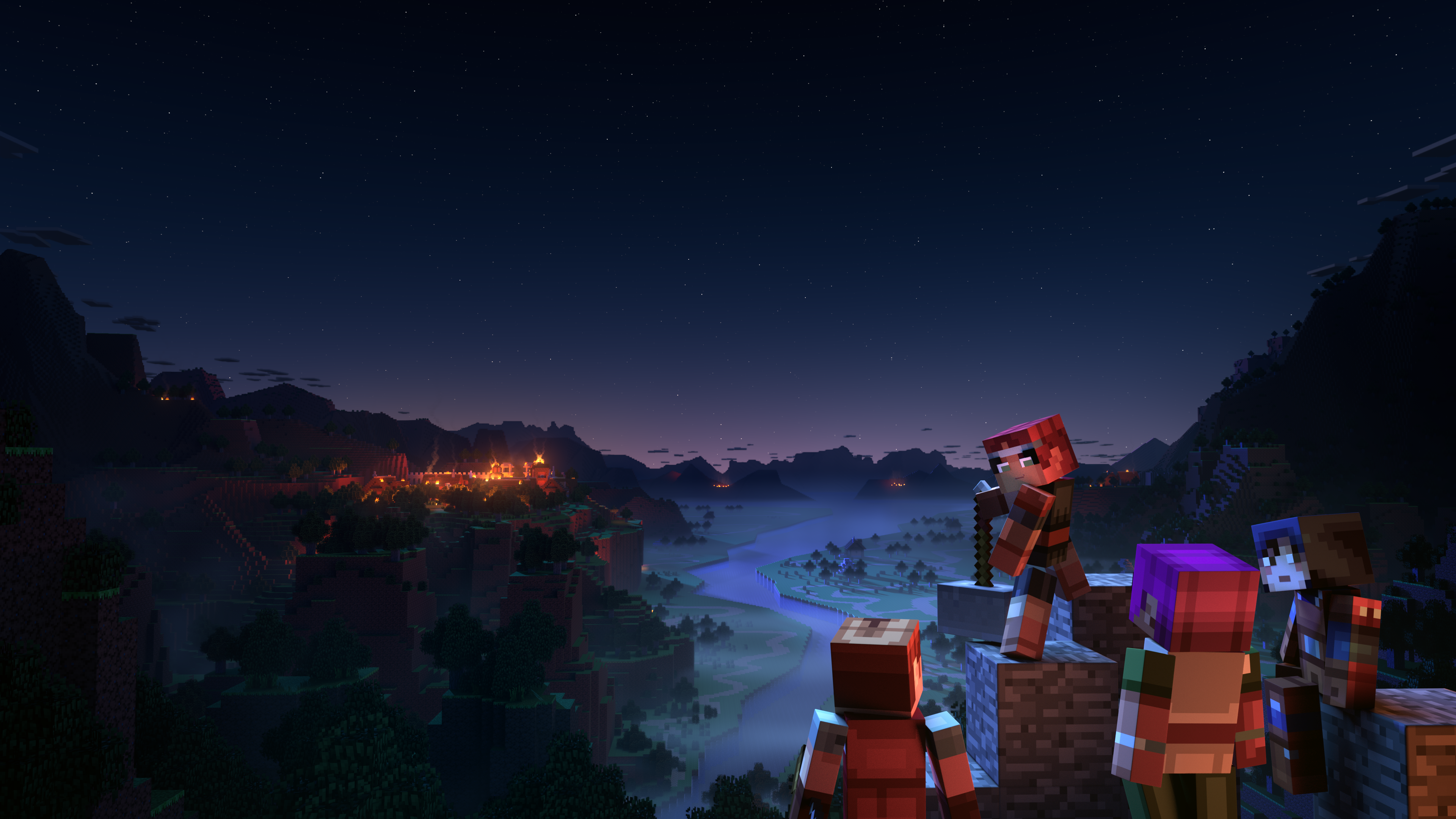 With over 130 million monthly players, over 200 million copies sold, all kinds of spin-offs (including an interactive Netflix series) and as astonishing amount of merchandising, we can easily say that Minecraft is bigger than ever. Many were ready to bet on it fading away with the rise of other titles, Fortnite in particular, and yet it’s more lively than ever. Giant updates, a new mobile AR game last year, and also extensive plans of bringing the game’s iconic style into new genres. Minecraft Dungeons, coming out simultaneously on Xbox One, PC, PlayStation 4 and Nintendo Switch, is the next chapter in this ambitious strategy, and is a simplified yet exciting action-RPG in the vein of classics like Diablo.

There’s a simple story for a game that puts gameplay front and center, just like in the original Minecraft. The evil Arch-Illager got hold of a mysterious cube of massive power, corrupting his mind and pushing towards a path of conquest and destruction. The lands, inhabited by the villagers, have been attacked, ravaged, filled with dangerous demons, and it’s a couple courageous warriors’ job to stop this madness once and for all. Enter the players, who can choose their look from a few dozen characters in the blocky style of Minecraft, only to jump into this adventure. The entirety of the game can be played solo or up to 4-players co-op, both locally and online. Unfortunately, as of now, the two can not be mixed, so no couch co-op if you decide to play with an online buddy. Similarly, cross-play between the various systems is something developers promised to deliver in a free update very soon, but is currently unavailable in Minecraft Dungeons at release.

As the actual game starts, things feel awfully familiar. Minecraft’s iconic look and style has been transported into this new world masterfully, with biomes we learned to know and constructions built in that game itself that immediately make us feel at home. And yet, it doesn’t look like Minecraft. Not just because of the isometric top-down view, but a rather impressive set of filters, light and shadow effects, fog, but also moving grass and bushes give this ARPG spin-off its own visual identity, even though it only uses visual elements that are all compatible with the original title. The sense of familiarity is also found in the gameplay deparment, which closely resembles the console version of Diablo 3 in particular: from the red pool of health in the UI, all the way to the 360-degrees rolling manouvers.

Combat can be separated into three categories. The first is melee, which takes up a slot of your 3-way equipment, and it fittingly uses the tools we got to know in the world of Minecraft, like the pickaxe or the sword. The second option is also a weapon, but is the used for distance in the form of bows or crossbows, fed by a finite but replenishible amount of arrows players can find around the map. Lastly, there’s an armor that gives the player extra resistance towards enemy damage, on top of other effects. Similarly, the weapons also can have various special effects that increase the healing rate, the movement speed, or even stun the enemies and other more obviously practical uses. Equipment can also have up to 3 enhancements, adding further crazy perks to an already impressive variety of possibilities. Last but not least, there’s 3 slots for magic attacks, each with its own cool-down timer as opposed to a mana pool. All these items have their own loot level, as well as a rarity level and other varying statistics that will please fans of min-maxing.

The combination of all these elements creates some really fun builds. Again, don’t expect a massive skill tree seen in something like Path of Exile, and indeed even the classes have been shelved, as every character can use any item or magic. This certainly lowers the gameplay variety, but it also means that Minecraft Dungeons is vastly more accessible than ARPGs targeting hardcore players. As players progress, it is possible to create some pretty unorthodox builds as well, involving spawning allies, a relentless barrage of laser-like arrows or one relying on pushing and pulling enemies back and forth to one’s own pleasure.

This brutal yet kid-friendly tango is performed against a variety of enemies, many of which we already know from Minecraft. Creepers, skeleton archers, golems, but also a handful of new creations populate the procedurally generated dungeons of the game. Aside from loot and arrows, they can drop potions and food consumables, and this also applies to the innocent bystanders to this massacre like cows and pigs. The potions allow players to regenerate health, move faster and so on, once again pushing them towards an aggressive playstyle if they wish to do so. Players can absolutely take it slow, backtracking a lot and exploring every corner too – more often than not, this is rewarded with treasure chests and vases with currency emeralds in them. Each level tends to have either a mini-boss battle with enemies spawning in at a very high rate, or even a full-on boss with a giant and powerful foe to demolish. After which, it’s back to the camp!

I can do this all day

This is where all the pre-mission preparations take place. There’s not a whole lot to explore, though as higher difficulties unlock there’s various areas opening up, but it’s a cool place to optimize your builds or decide with your co-op partners what’s next, should you decide to play in company. There’s shops selling randomized items around the player’s level, currently the only meaningful way to spend currency. It’s therefore a good idea to waste all your cash on these “slot machines” of sort, maybe a cool item or two falls into your hands. Unfortunately, this camp is pretty small and relatively uneventful, but maybe future updates will increase its scope and size. Perhaps the Minecraft name in the title would make you expect some sort of building and customization, but the player at no point creates custom content in this game. It’s obviously not necessary given it’s an action RPG, but it’s something a lot of players seem to be expecting and not getting from this release.

The story sees players get across a series of partially procedurally generated levels through all kinds of iconic Minecraft biomes like desert, swamps, villages, forests and obviously mines. Each area has its series of enemies and location-specific loot that can be obtained. With about a dozen levels, getting to the end credits only takes abour 3-4 hours, but that’s not quite where the experience ends, albeit there’s no proper endgame modes like rifts or raids to play as of now. There’s in fact 3 categories of difficulties with 6 variants each, giving players a total of 18 configurations to replay the levels on. Each category increases the potential of the loot found but also adds enemies extra powers and skillsets, making the battles more and more complex and forcing heroes to alternate their strategies. It’s certainly disappointing to not get any actual endgame content that isn’t just a remix of what we’ve already seen, especially coupled with the already short campaign, but I do think that there’s enough depth in the loot game to justify running through the levels a handful of times each.

What is currently in the game is extremely fun, easily one of the most accessible and engaging action RPGs of the generation. The mixture of Minecraft aesthetics and fast-paced ARPG tropes creates a familiar yet unique formula that can satisfy purists and newcomers alike, both in solo and co-op. The choices made to have a game that accodomodates less experienced players takes a toll on the title’s variety and depth, but at the low entry price point of 19.99 USD/EUR or through Game Pass it seems like a no-brainer. There’s certainly a lot we hope to see in future updates, and there’s been already all kinds of teases as to what to expect between cross-play, new biomes, weapons and enemies. We’ll definitely jump back when that happens!