A few weeks ago, I wrote a post on a Halo Facebook group in an effort to address the seemingly vast gulf between everyone’s views on Halo. And to bring them together.

To my surprise, it was well received. Because what most commonly occurs when someone posts something within the group, is the conversation quickly descends into an endless tirade of emotionally charged comments on why “Halo 4 sucks”, or how “343 Industries have ruined Halo”. Some comments swing the other way, stating Halo 4 as a popular choice. Or that Halo 5 is a vast improvement to it’s predecessors. Or that old favourite of shouting your concerns about including or removing ‘sprint’.

We all have different experiences, different impressions, and different expectations. We’re not all going to like everything, all of the time. For me, I started playing Halo when Combat Evolved was released back in 2001 with the original Xbox. Some players never had that experience. Or at least, not in that order. They may have played Halo 3 first, or ODST, or Halo 4. So first impressions matter in this regard. But even before playing Halo Combat Evolved, I had already been following the development of the game, often only getting a glimpse of what we would come to know as an Elite (to regular players), and, of course, our first, pre-launch look at the Master Chief. Who started off as more of a commando in early iterations.

When I first started playing Halo in 2001, it was purely about gameplay. Nothing else. I wasn’t really interested in the story at that time. Well, that’s not entirely true. I was fascinated by the Halo ring and how the Flood ended up there. But that’s about it. I was focused on gameplay, and the way this ‘Halo’ game seemed to throw old gaming tropes out the window.

End bosses. We’ve all played games that feature some form of end of level boss. But Halo was my first videos game not to feature one. Instead, I was presented with pockets of entrenched enemy troops, or stranded allies. It came across as natural and realistic. And by that I mean the encounters themselves, not the vast ancient alien array I was running around on.

I’ve often been put off by end bosses, with the probably exception of R-Type in the early 90s. They always seemed so pointless. “What do you mean I have to shoot at that glowing yellow weapon, before being able to shoot at another vulnerable part?” It never sat comfortably with me. It always seemed ridiculous. Some games do the whole end boss thing slightly better. I’d even go on record and say I enjoyed those encounters in Destiny. But Halo completely dispensed with those. Instead, we had different types of enemies who each required a varied approach in order to get the best result. But it often resulted in just running around the environment, filling the target with enough lead to line a nuclear bunker. But at least you had the option. And I liked that. And, coincidentally, that’s when I knew Halo was different. That’s when I knew it was special.

Of course, that wasn’t always going to be the case. Halo 2 introduced, in addition to other challenges such as the Scarab battle, what appeared to be an end boss on one of the final missions as the Arbiter, trying to bring down the Brute named Tartarus, with some help from Sgt Johnson. I can forgive Halo 2 for this because the whole game was largely incomplete, but I still really enjoyed it, and it’s one of my favourites. But the end fight with Tartarus was one of the only flies in an otherwise perfectly fine ointment.

And that’s been one of Halo’s resounding successes – making you feel as though you’re part of a much larger conflict, not a one-man army, so everyone else can just take a break. That was my one negative on the aforementioned R-Type. You were a powerful ship against a multitude of enemies. “So what’s the rest of Earth doing?” Just sitting this one out, placing bets on whether or not you succeed? Again, it seemed ridiculous. But other than that, I enjoyed the boss fights.

Halo revisited end bosses later on in the series, by introducing the Warden Eternal in Halo 5. It could be argued that he’s just another, more powerful version of a Hunter encounter. And I can sort of go along with that. But my preference would be to not have any enemies that exhibition the classic weak spot aspect of a so-called end boss. If that character is simply more powerful, that’s fine.

I’ve probably gone a little off topic here. But I hope this points one thing out at this stage: that I generally like all Halo Games. I don’t actually dislike any of them. I’m also fine with having sprint or not. But I’m also aware that many people may disagree with that. And that’s fine. That’s always been a strength for me in Halo games. There’s always something for everyone. Like Forge? Yep, we’ve got that. Like the story? Yep we’ve got that covered, too. What about competitive multiplayer? Step right up. There’s something for everyone. Whether it’s a friendly multiplayer match or something more serious, you’ve got the option in Halo.

But not every Halo game is the same. Some releases have paid more attention to one aspect of the franchise more than others. Whereas I firmly believe that everyone should be catered for equally. Even if I don’t like it.

Take the story line for example. I started off, as I explained earlier, with minimal investment in the plot. But that changed with Halo 2. Suddenly, the Covenant had… depth. A voice. A hierarchy. I got to know our enemy better, and what their motivations were. This is where I felt Halo itself… evolved, no pun intended. But I know some didn’t like that. Some didn’t like playing as the Arbiter. And I’ll be honest and say that I wasn’t that keen either, at first. But he grew on me. And later became an integral part of the story for many different reasons. As you may have guessed by now, one of my favourite aspects of Halo is the story. The fiction. The lore. I regularly refer to myself as a lore whore when it comes to Halo. And that grows with each release.

But not everyone has that same level of passion for the lore. Some players simply enjoy multiplayer, whether competitive or otherwise. And I get that. Personally, I’ve rarely completed any campaign for a Battlefield game. I simply prefer multiplayer. But I’m passionate about the lore in Halo. And the original Halo trilogy provided just enough lore with each release. There were other avenues of looking further into that, such as Easter eggs or the terminals. But Bungie generally focused on gameplay.

Halo 4 was different. Under the new custodians, 343 Industries, Halo 4 ushered in an era where a Halo game was dripping in lore. Gushing, in fact. You could drown in it. And I loved it for that. Finally, a Halo game for those who bought the novels and did the research. We were rewarded. But for the regular player, it was a little overwhelming. Who are the Forerunners? Who is the Didact? And why does he have a Librarian? I was in my element playing this game. We even – finally – got to hear the Master Chief utter the name of his creator, Catherine Halsey. But other people simply felt lost. Halo, a game I had loved for years, had suddenly started catering for one part of its audience: the fiction fans. For other fans, it was the actual realisation that we were in the fourth iteration of the Master Chief series and there was no Halo. At least, not one we could walk around on.

Halo 5 Guardians then attempted to dilute some of the lore, and then, sort of, didn’t. It introduced Blue Team. The Master Chief’s old squad. Again. I was overjoyed. Finally, I got to see Blue Team in the flesh. Other players, however, were probably wondering who Blue Team were.

I suppose there is another way of looking at this. The original Master Chief trilogy by Bungie was the era of gameplay. The 343i trilogy is the era of narrative. And we can probably argue all day about which is the best. But like I said, Halo is many things to many people. Halo Infinite stands to be one of the best Halo games of all time. But it depends on what direction we go in. In order for it to succeed, we need a game that caters for all audiences, lore and multiplayer alike. But the players also have a responsibility as well.

Halo is more than sprint, even though people do debate this subject with vigour and tenacity. It’s also more than the aesthetics of an Elite or Jackal. Every iteration of a game changes things, regardless. No art team looks at their previous work and says “Yep, that’ll do. Nothing to change here, boss!” Everything evolves. The art, the gameplay, the AI, the story, the dialogue, multiplayer. And even though some may criticise 343i for making lots of changes compared to the Bungie games, I applaud them. Because the alternative was to make a Halo 4 game that looked and moved and felt like Halo 3. And let’s face it, there would have been complaints. Fans would have resorted to calling the studio lazy. And it doesn’t stop there.

Look back. Look at the original trilogy in reverse order. Halo 3 was different to Halo 2. And Halo 2 was different to Combat Evolved. The visuals changed. The plot moved on. Things changed. I probably sound like I’m flogging a dead horse. But that’s how I see it. And I encourage any gameplay fan to look at it from my perspective. From that of a lore fan. I had invested in the novels, the graphic novels, ARGs, Easter eggs, locations. More so than your typical gamer might. But Bungie never acknowledged the events that took place in the novels. They never referred to them in-game, overtly. And then comes along Halo 4, and having Cortana mention the lifespan of a Smart AI, the Chief mentioning Halsey, and the Didact showing up was astonishing. Halo 4 seemed to be my reward for buying the novels, and spending time with its characters.

But I also understand, that Halo also appeals to those who favour gameplay, or Forge, or tournaments over plot and narrative. And that’s okay. As long as Halo Infinite addresses that, we should all be coming away from our local video game stores with a smile on our collective faces. Instead of arguing over which Elite has the best skin texture.

For me, 343 Industries decided to try new things. For some it worked. For others it didn’t. But I’m glad they tried. We might like the same Halo games. We might not. And that’s okay, too. It’s okay to want the best from a series. It’s okay to be passionate.

I’ll mirror what I said in my original Facebook post: If you agree with what I’ve said that’s fine. If you disagree that’s also fine. And that’s what is most important. 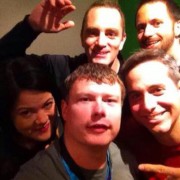