Let’s rewind time back to E3 2018. Microsoft shows their commitment to enlarging their first party organization by adding five new studios: Playground Games, Compulsion Games, The Initiative, Undead Labs and (for many) most surprising of all… Ninja Theory. The studio known for many narrative-driven games like Enslaved, Heavenly Sword, DmC: Devil May Cry and last but not least.. Hellblade.

The acquisition immediately started speculation on what Ninja Theory’s first game published by Xbox Games Studios would be. All that was known was one trademark: “Bleeding Edge”.

Rumours on this game started popping up in May 2019 but it’d be during the Xbox E3 2019 press conference that we’d see Rahni Tucker, lead combat designer on DmC: Devil May Cry, come on stage and present something that many of us wouldn’t expect from Ninja Theory. The E3 2019 trailer showed a colourful universe combined with some heavy action gameplay. A technical alpha was announced on the same day.

I was able to participate in the very first technical alpha test of Bleeding Edge and the game grew a lot since July 2019. New maps, refinements to the combat system, new characters and the inclusion of a tutorial. Even in it’s earliest alpha phase, the game had a surprising amount of detail in terms of animations and visual quality which is worth noting since the game has been in development with just a very small portion of Ninja Theory’s team.

Bleeding Edge is a Player-vs-Player multiplayer arena game. The goal is to beat the opposing team in one of two modes: Powercells and a King-of-the-Hill-like mode called Objective Control.

Every character has a distinct set of abilities that fits into the whole class-based gameplay that the game is aiming for. Funnily enough, I found a lot of enjoyment using the Healer/Support classes when playing Bleeding Edge. You are definitely able to deal some damage but you can make or break the flow of a match even when playing as a supporting character.

The gameplay is everything that you would expect from a third-person action-focused combat game. Parrying, dodging, aerial attacks, stunning enemies, etc are all in the game. You will definitely need these when fighting 1v1’s but team coördination is the most important thing to keep in mind when getting into team fights.

A well-coordinated assassin assisted by concentrated support can definitely outmatch any character. Every class is varied with different sorts of characters. The assassins class contains two very melee-focused characters (Daemon and Nidhögger), two ranged-focused characters (Gizmo and Maeve) and one hybrid character that can pull off both damaging melee-attacks but also with the choice of staying behind the heavy characters (Cass).

There is a pinging system very similar to the one present in League of Legends. You can ping enemies, special items or just any location where you want your team to regroup/defend/attack.

There’s no such thing as too crazy.

The idea of having a character that is a mechanical snake controlling an 18th century magician’s dead body or a metalhead with a guitar as his weapon just feels like dream material to me.

In games like Overwatch or League of Legends, most of the characters are part of different factions that are opposing to other factions. Bleeding Edge is completely different in such a way that it is insanely refreshing to see. The opening cinematic portrays a group of modding enthusiasts who simply want to fight each other in battles to see who has the best mods. It’s quite literally just a bunch of friends, which I’m all for.

The maps are varied in terms of aesthetic but often feel a little bit too big in comparison to the movement speed. There are hoverboards which do allow you to traverse the map quicker, but it never feels quick enough. Every map does have a distinct little feature that makes every location feel different. Jersey Sink, for example, has a train that occasionally appears at random during a match. This train has resulted in some amazing situations where you’ll laugh no matter whether it’s you or your enemy who gets killed.

Some maps do feel a lot better depending on whether you’re playing Objective Control or Powercells. The Aqueducts map is a giant circle that has one objective constantly moving around. This makes the fight for dominating the objective more fun in comparison to the other stationary objectives.

The soundtrack definitely deserves a mention here. The ambient music for the game creates a chilled and inviting atmosphere that transfers to multiplayer battles perfectly. I’d recommend you to give it a listen:

Modding until you drop.

Every character can be customized in different sort of ways. Throughout your journey, you will be collecting mods which can enhance a passive or active ability of any character. These mods can enhance your base health but could also improve one of your unique abilities including your super ability.

This allows for some creative thinking. As of right now, there is no way to see what mods your opposing players are using. With no ranked mode at launch, it does make me curious how this mode will be implemented and if the mods system will be used or put aside to make sure that the balancing is right.

You can also customize your characters’ appearance. Each character has unique skins to choose from which can be unlocked by using one of the two currencies. Your hoverboards can be customized as well which includes the board itself but also its trail. There are also emotes to choose from which range from simple taunts to one of the characters pulling out some sort of Dance Dance Revolution-like device.

I’ve reviewed the game on Xbox One. Visuals look pretty decent and in sometimes surprisingly polished considering the very small team who worked on the game. Out of the past ten matches that I’ve played, the performance did drop to the 40-50FPS in very hectic moments which often lead to often “stuttery” moments that can break the flow of the game.

The PC version is currently locked at 60FPS due to technical reasons but seems to be an over-all solid PC version. The game is also enhanced for Xbox One X.

The foundation of this game feels very solid and makes me optimistic for the post-launch support of the game. New characters, new maps and new modes will definitely keep this game alive. That being said, I think it’s fairly obvious that the game won’t reach the same heights as something like Overwatch. The game is specifically focused on a very niche audience that is interested in both melee-focused action games and multiplayer PvP-experiences.

This game reminds me of Spacelords, previously Raiders of the Broken Planet, in many different ways. An ambitious developer (in this case MercurySteam who developed games like Metroid: Samus Returns and the well-known Castlevania: Lords of Shadow games) tries their take on a multiplayer experience that is seemingly very focused on a niche audience.

Bleeding Edge isn’t the game I expected from Ninja Theory but definitely the game I wanted to see out of this studio. Seeing the developer behind DmC: Devil May Cry go out and create something creatively different just makes me really happy as someone who is part of this very niche audience.

Bleeding Edge is available for Xbox One and Windows PC. You can buy the game for $29.99 or play it via Xbox Game Pass. 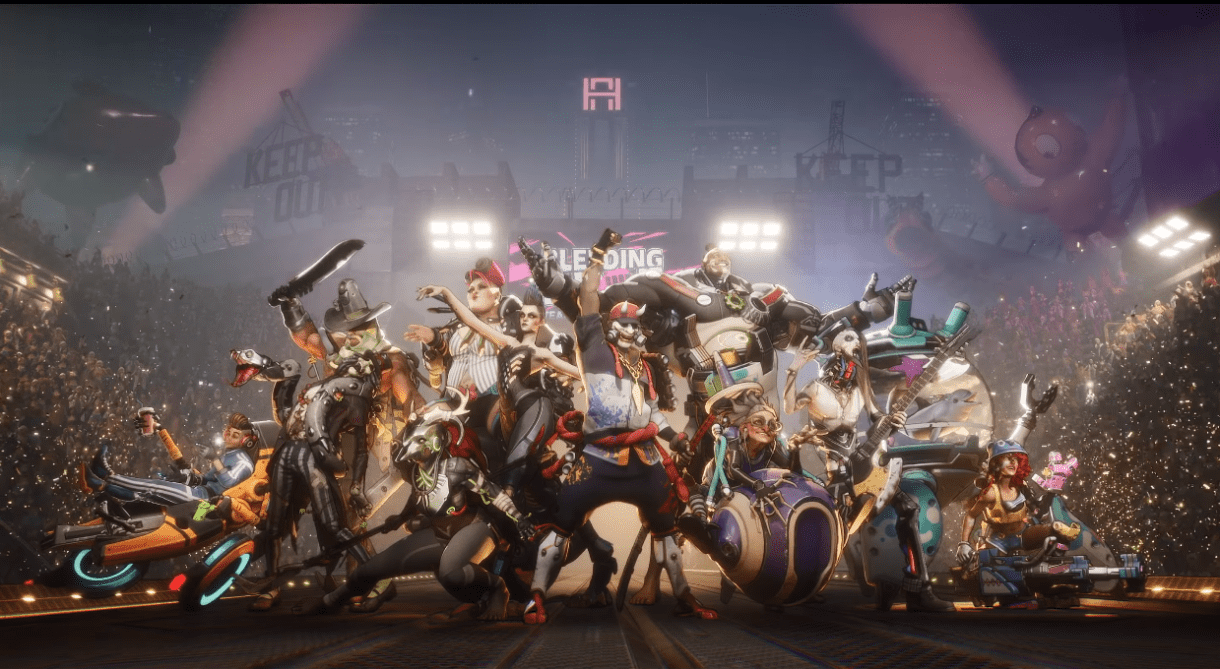 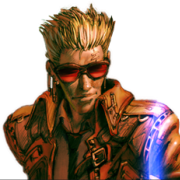 Belgian. 21 years old. Grew up with Original Xbox which means you either feel pretty old while reading this bio or you question the idea of a Belgian Xbox fan. You can find me back on Twitter (@slicerdyster) and I'm active on ResetERA. Also, i love Gears.