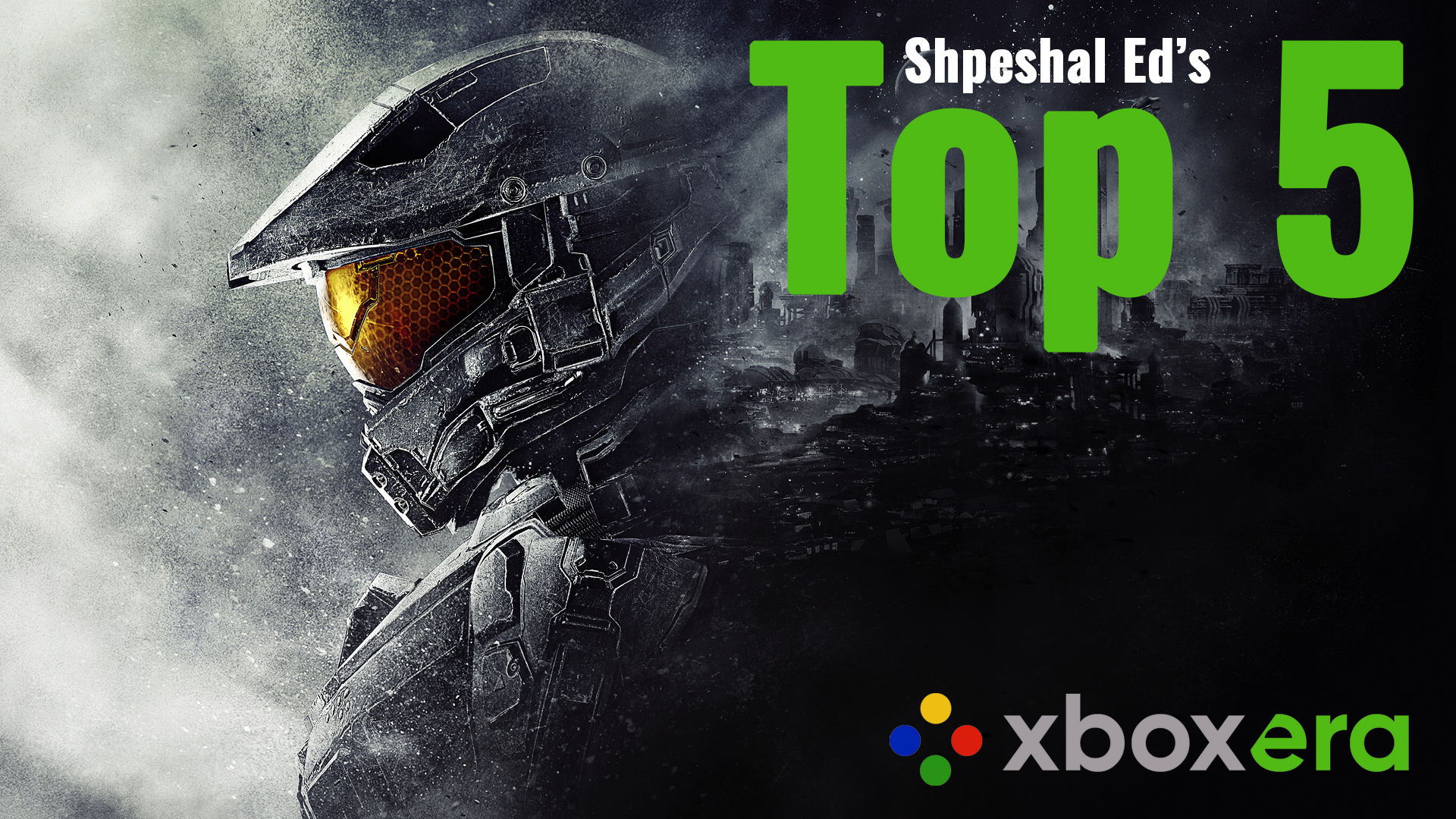 New year, new top 5. Given 2020 is the year we get to see our first new Halo game in 5 years, I’ll put my focus there. This week I bring you my Top 5 Halo campaigns. Now, I’m aware there have only been 6 mainline Halo games and ODST so I’m effectively ordering them and two get the chop. Just work with me here.

Halo 4 is a weird one. The campaign isn’t offensively bad. It’s also not overly good. I guess the best word to describe Halo 4’s campaign is…serviceable? I like that 343 made an effort to really explore and unearth the relationship between Cortana and Chief, but outside of that, they didn’t really create a Halo campaign with any memorable moments, or overly fun levels to play through.

Although they did introduce us to the worst enemies in the Halo franchise, the Prometheans.

Time has been a little kinder to Reach than I expected. It’s also been kinder than it has been on some other Halo campaigns. I remember not enjoying Reach that much at the time, but going through it again via the Master Chief Collection and I think I don’t mind it all that much.

It’s also hard to not enjoy the final showdown for Noble 6 that sets up Halo CE.

Halo 3 is arguably the best Halo campaign that nails that feeling of “epic”. Everything happening during that campaign feels like it’s a really big deal and like it really matters in the grand scale of Halo’s universe.

Halo 3 improved in a lot of ways over Halo 2’s campaign (which time has not been kind to…at all). From the smaller encounters, skirmishes and mini-battles of the Tsavo Highway, to the Scarab fight in The Storm, Halo 3 just put together a whole bunch of really great moments that really stay with you long after playing the game.

ODST is Bungie’s little hidden gem. The add-on they just kinda put out the door as part of ending their deal with Microsoft, ODST turned out to be almost the best Halo campaign they had put together.

Halo 3 ODST was fantastic for a few reasons. Mainly because it was so different from other Halo games in all the right ways. It was refreshing to play a Halo game where you felt vulnerable. Like you weren’t an invincible force capable of wiping out armies.

It was dark. So dark. That darkness was complemented so beautifully by a smooth jazz soundtrack that like the game itself, was completely different from anything done in a Halo game before.

It was fantastic because its campaign structure was different to any other Halo game, nay, any other shooter out there. Set in an open hub world, you pieced together what happened to your squad by finding clues (like a piece of armour for example) that then allowed you to play out a “memory” of what happened. Gears tried to replicate a similar style with Judgment later but wasn’t quite as successful…to put it mildly.

But I feel like another thing that gets lost with ODST is how it delivered its story. I love a game that delivers its story to me while I play and ODST does that exquisitely. Between playing out the memories, to all the recordings strewn throughout the hub that reveal just what happened in New Mombasa. Yes there were cut scenes, but they weren’t the primary driver for how the story was delivered.

Also, who could forget Nathan Fillion’s great performance as Gunnery Sergeant Buck. It was arguably his first real starring role in a videogame.

Not sure how there can be any doubt to this. Halo CE for me stands to this day as one of the most re-playable and outright best shooter campaigns of all time.

Almost all the levels are memorable (even the couple of bad ones), the encounters are dynamic, the score is incredible and the story is intimate, simple but hints at something larger.

I’ve already spoken in a past Top 5 about my love for Halo CE so there’s not a lot more I can add. You can check it out in my Top 5 from Week 10. But it’s great to see 343 have finally realised how great Halo CE was and appear to be taking cues from it for the Halo Infinite campaign, which is an exciting prospect.