Microsoft wanted Windows to be “on every desk in the world” per Bill Gates. Xbox was that device for Microsoft to have a presence in the living room, it was out of fear of Sony getting there first with their Playstation video game console. Fast forward 20 years or so and now it is clear that Sony won that battle against Microsoft – even though neither rule the living room.

Xbox’s Phil Spencer recently revealed their high end next generation console, the Xbox “Series X”. If you haven’t been paying attention, the name of the console has gone back to its original name with a “model” attached to it. This is similar to Teslas, iPhones, etc… But the significance of this device is to have the full and premium “Xbox” experience Microsoft can provide. If you want to experience the best that Microsoft can provide you in gaming, it will be with this device. The ease of use, the power, the features, and the support. But at the end of the day, it is not the heart of “Xbox”, that lies somewhere else – in the cloud.

The Xbox is just an edge device, one of many devices that we use daily. It is an important edge device as Satya Nadella or Phil Spencer would most likely affirm, but its heart lies within Azure. Satya has transformed Microsoft over the past 5 years into being a cloud company. Everything they do is around the cloud. If it doesn’t connect to it in some fashion, it most likely isn’t around anymore (or it’s not a market that they can penetrate).

Xbox’s future is also dependent on the cloud. This is the reason why Phil Spencer was promoted to Executive Vice President of Gaming at Microsoft – They see the opportunity for game streaming to be as big as Netflix was to films and TV. Even though gaming is already bigger than the music, and the standard movie/tv industries, it’s a known and relatively small quantity of the market. There’s a bigger slice of the pie out there that is yet to be tapped.

That market is players that are able to stream music, movies, and tv, yet don’t own a dedicated gaming device. Microsoft estimates that there are 2 billion gamers in the world, and they want to reach them all. I’m certainly not saying that they will but that’s what they see as the market. They want to use Xcloud to reach them as all those players won’t be places in which they sell consoles or people that have gaming PCs to sell their software.

So with Game Pass, you have a cheap option to experience “Xbox gaming.” Yes it’s not the native console experience but it is an experience that people aren’t having now and that’s what MS wants to achieve. They also want people in a subscription model (hence all the deals you see nowadays). They are doing what Satya said before – going back to what the core of Microsoft is. That is going for volume at a low cost. The Game Pass model is similar to their Office 365 or Microsoft 365 offerings, but instead of productivity, it’s entertainment.

“As we branch out and extend gaming to more players around the world, console gaming will remain at the heart of our Xbox offering.”

So what could Microsoft possibly do to show off this future? Well, they aren’t going to say that you must be cloud connected in order to play games as they know how their disasterous 2013 Xbox One launch unfolded. What they could and will show you is how being cloud connected can enhance your experience of having a console. I believe that this is what is going to happen when Microsoft has a media event of the Xbox Series X. I also believe this will be the event that Microsoft shows off ‘Lockhart’, their lower powered Xbox Series X console (let’s call it Xbox Series S), and I also believe that this is where Microsoft will also show off a Roku or Chromecast like dongle (let’s call it Xbox Series C).

With the Series X and S, Microsoft could show off something like streaming while you download, or switching out games from slow external to the fast internal drive as a differentiator to its competitors. They could also show off other features like how fast games take to load and the new UI. The cloud features would be tied to Xbox Game Pass as that is the way you’ll be paying for streaming games. This integration with the console itself is what Microsoft would want to portray as being vital to the “Xbox experience.”

Now what I believe of the Xbox Series C is that Microsoft would sell it as a companion to your Xbox console so that you could play on another TV in the house while someone is using the main TV. Yes, they will show off xCloud on iOS, Android, and PC, but for Microsoft, they would need a first party device to show off what xCloud can really do. Now you would have the same UI as the console but it will be slightly different as you don’t need to download anything. I also believe that there is a chance that this device could come out in 2021 as that is when the Xbox blades in Azure should be upgraded to Scarlett level hardware. I frankly believe that this dongle type device would come out in 2020 as that is when the service will be available for purchase.

With the launch of the new Xbox devices, the renewed focus on PC, game streaming on virtually any device type and having them all connect through Xbox Live, your Microsoft Account and Game Pass, Phil and his team are not only trying to take over the living room for gamers…they are trying to get gamers wherever they are through the cloud. 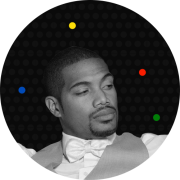 Xbox Got Games: Showcase displays ammunition for the Next Major Leap for Game Pass

E3 2021 – What do we think we’ll see at the Xbox and Bethesda Games Showcase?

Xbox Game Pass – Is Microsoft on track to be the ‘Netflix of Games’?