Dead Rising was released in summer of 2006, being one of the first true generational jump game experiences with the xbox 360 generation. This was the first title to be used by Capcom’s internally developed engine “MT Framework” a very efficient set of development tools that would define their unprecedented success of High Definition development and being only one of the few Japan developer/publishers of its period to pave universal success and universal acclaim. A fun quick fact with this as well, this engines own origins owe thanks to Onimusha, where its early development pipeline tools come from before the juggernaut beast we now know fully today.

keiji inafune and a few other key capcom staff developers wanted to create a love letter to the zombie genre – with the former wanting to leave his own imprint legacy out of Resident Evil’s shadow, inspired by those beloved zombie films such as George Romero’s “Dawn of the dead” and wanted to deliver a similar experience in the gaming medium that of its own.
The very first early glimpse was shown at Los Angeles 2005, leaving a buzzing crowd of press and gaming enthusiasts alike to revel on the excitement –

I still remember this trailer very well myself and how amazed and blown away I was in my adolescence to witness such a fascinating zombie focused game that was very western centric on its semi open-world sandbox. Back then I still couldn’t believe how unreal it was by the sheer zombie count and “top notch” graphics I was seeing, something you would only get vaguely with from the Dynasty Warriors series on enemy npc count. Still, these two defining points was complimenting the environment itself all around for player to use any potential tool as a weapon in order to survive. Something that really has never been tempted or seen before. From here I knew without a shadow of a doubt Capcom had something potentially special on their hands.

Willamette, Colorado, a shopping mall and a photo journalist

The game firstly throws the player with our beloved protagonist, Frank West, a successful photo journalist who got the scoop of a life time about something big going down and headed his way to Willamette. In the very first minutes given control to the player you are introduced to one of the game’s core mechanics being the camera, as you it teaches you the mechanics and classifications of the “money shot” across a spectrum of fitting emotional marks that gives a certain amount of experience points “PP system” as well having the still then stored in your library. This core concept plays a significant role with the given character and help shaping the personality of the game on what to expect coming your way when you arrive at its infamous shopping mall. As you already flying there you can tell the whole town has already been lost and under military occupation, being left in the middle of nowhere far away from the rest of the civilised world.

Not long soon after when being introduced to the scenarios cast of characters and figuring out conspiracy laid upon the player, all hell breaks loose and you make haste to a centralised safe location, meeting Otis the mall’s janitor, and thus given a radio as a means to following objectives. Here we begin to fully being shown the game’s structure as you have to wait 72 hours in-game time before you are picked up and rescued. This is where the fun truly begins.

Chop till you drop

The first part opening to the mall, Paradise Plaza, grooms you to explore all its beloved shops and all its fun toys at your disposal. First and foremost, the game’s amazing strength on where it shines is how the zombie horde’s only purpose is to be only an environmental hazard and obstacle on your survival and nothing more. Difficulty and risk are all down to the player as other key factors come into play (which I will explain a little later) when you start off as a mere weakling on its level stat structure. Starting at level 1 you have very limited health and inventory of items you can carry and use around, based on the “PP” system. These mechanics help ensure the game doesn’t outstay its welcome and give also a secondary motivational objective to the player to become stronger and grow on its experience and level system. With limited time as well on whether to wish to continue the main conspiracy on the traditional story front, or wanting to only mess around and its potential other secondary objectives with finding other survivors, the game holds a fair and just hand on whatever path you wish to take when you are alive and allows you to restart from the beginning again with the current level and stats you made on that run through.

The difficulty curve and game flow is solely down to how much you are willing to invest on time and also shows another reason why this sandbox is totally further away from its other undead horror series benefactor.

I spent endless hours on the very first demo that launched on Xbox live before its full release experimenting with all possible tools and goodies provided from the game’s sandbox. The game had a certain pleasing unique feel and soulful charm about it that it’s why I can still consider this game timeless even now. I could just pick up random pies and chuck them into endless under faces, or go around dashing like an absolute mad man with a trolley indulging on full anarchy to the endless dangers around me and never get bored on how averse you can become.

I couldn’t help but just say under my breath in all this never-ending dopamine rush of engagement and just think and say;

Even as I typed up this fun topic to sing its song I’ve not even barely touched the surface yet fully on the already established features mentioned and need to bring up the other big part that makes Dead Rising, Dead Rising.

It’s only but the masterfully executed use of Eastern-to-Western Satire and commentary focusing our beloved society collapsing from extreme duress due to the undead walking the Earth and ushering the beloved:

They are the glue that ties everything about the game together. They challenge you to survive and tackle the hazard environment all around you, making you adapt, persevere and press on while the undead are all around you. Each of these tragically twisted character have a story to tell and highlight this twisted world you are venturing through upside down, whether through by dark humour or even something darker that wishes to make a point on our own selves as modern capitalism goes.

I applaud the team for how they crafted this multiple layers for its identity. Without this Dead Rising wouldn’t be what it is and would not be well regarded or loved as we look at the series today. It’s very hard to truly do satire well especially in today’s climate with how barmy everything is becoming, and seeing more and more lack of common sense and human empathy. Dead Rising continues to remain relevant in today’s times with all this in mind, showing perhaps how psychopathic deep-down western comforts can bring out of people upside down as a possibility!

I could go even further now but I shall leave the rest for you to find out yourself and explore the definitive zombie sandbox and see what opinion comes out of it today.

So there you have it really, everything on why I love about this title (and “most” following titles in the series to date) has been explained by my own behalf and why it deserves to have this article to help give a nice reminder why how damn awesome Dead Rising is! I shall end this with a good old school trailer to highlight further!

Go and give Dead rising 1 or 2 a play for this Halloween festives.

Enjoy it lad, this one is on me! 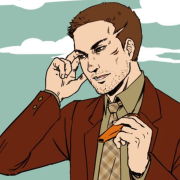