Rather than harp on about how much I think of Sea of Thieves truly is one of those games that comes along once every generation, I want to tell you the tale of a brave, tenacious crew and their quest to keep their loot.

Our captain led us through the night on a calm sea, and we arrived as the sun came up to an island, rumoured to hold the treasure of ol’ Oli. Our hold was already full of chests of all kinds (including a couple that seemed to make us very drunk!), but the captain had always been ambitious.

As we explored the island, trying to solve the last riddle of our lengthy quest, we heard a sound none of us expected….cannon fire! And with it, the alarm bell on our ship!

Another Galleon was upon us – full crew, swords drawn and thirsty for blood and gold.

They hammered our ship with cannon, and the angle at which we were docked means we’re unable to return fire. As we raced back to the ship, we arrived just in time to meet the enemy.

Before we knew it, they had boarded us. Somehow, through pure grit, we fought off our attackers. Pistols cracked and our Blunderbuss spat lead, and the enemy fell before us. Checking our hold, all treasure was accounted for, and we raised anchor as soon as the last enemy fell, their ship still reigning full fire upon our hull. We rammed them out of the way, and pulled out into open water. The gurgle from below signalled how bad the damage truly was.

They gave chase. Fortunately the wind was with us, and we managed to put them out of range, at least temporarily. The crew bailed water as we went, and we used the last of our wood to repair the hull. As we took stock our of situation, we realised things were dire. We had only 20 cannonballs left, 8 pieces of wood, and no food – and the enemy was on our tail.

We came up with a plan. A cyclone was forming in the distance, the lightning streaking across the sky. It was time to test their resolve.

And so the great chase began. Crew against crew, we adjusted the sails constantly, the wind behind us, trying to get any burst of speed we could. We knew we had to do anything we could to slow them down. Sensing an opportunity, I dived off the ship, quickly rose to the surface in the slimmest of hopes – could I catch their ladder and sneak aboard? The ocean roared above me, and the sharks were closing in. Gasping for air my hand grasped the bottom rung of the ladder on their boat, and I pulled myself out of the water. I headed straight for the capstan and with a scream of triumph, dropped their anchor, giving my comrades precious time to get away.

Alas, we slowed them down, but they soon made up the distance. Ahead, the storm was brewing…

The wind roared and the rain lashed down – the un-repairable holes in our hull meant we were bailing constantly, only using our wood supplies on holes below the water line. Still, the other crew persisted. We needed to do something drastic.

Ahead, our helmsman saw a rock formation in the gloom of the storm, and due west, an outpost where we could safely cash in our booty. The storm had given us a few extra seconds, and as we turned pass the rock, we dropped anchor, span the ship to port and the galleon lurched round, facing west. The wind changed and was exactly what we needed. A westerly breeze, strong and sure.

As the enemy came past the jagged rocks, our cannon were trained on where they would appear and as they came into view, they realised it was too late. We unloaded a volley of cannon fire – we gave them everything we had, while one crewman was raising the anchor. As the last cannonball was spent, the anchor came up and we were away, sails angled and full speed to the outpost. The enemy ship floundered as her crew desperately tried to save her.

A few minutes later, we smashed into the shore, grabbed our chests and cashed them in with the Golden Company. The enemy crew made land just as the last chest was sold. We waved our sturdy ship good bye as she sunk beneath the waves, and played a little song.

These are the kind of stories Sea of Thieves generates. Tales told over and over among friends; epic moments of skill and bravery, along with those of hilarious stupidity (Getting very drunk and throwing buckets of vomit over each other in an outpost tavern was certainly a highlight). That is what Sea of Thieves currently excels at.

I think at present the beta represents a very thin vertical slice of the real Sea of Thieves – a chance for Rare, who perhaps some would argue has languished under Microsoft ownership, releasing one too many Kinect titles for their fans liking, to prove they are capable of being much more – perhaps a power house to rival any renowned development team.

There are concerns of course, particularly around content and repetition, but perhaps exacerbated by the fact people sense a real gem here – a real change for GaaS going forward, and the first potential blockbuster new IP from Microsoft this generation. The clamouring is perhaps louder here because people want this to succeed.

If the beta, limited on content and quests, is one of the best things I’ve played in recent years, then Sea of Thieves is looking like a legendary game in the making, and I have a sneaking suspicion Rare has lots more booty in their Ships Hold.

Follow me on Twitter @_sikamikanico_ UK Based- Father of two, wishes he could play more games but real life always gets in the way. Halo is my jam. 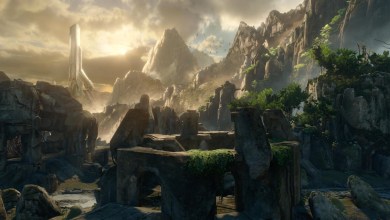